Home » Foosball » What is the Biggest Foosball Table in the World? 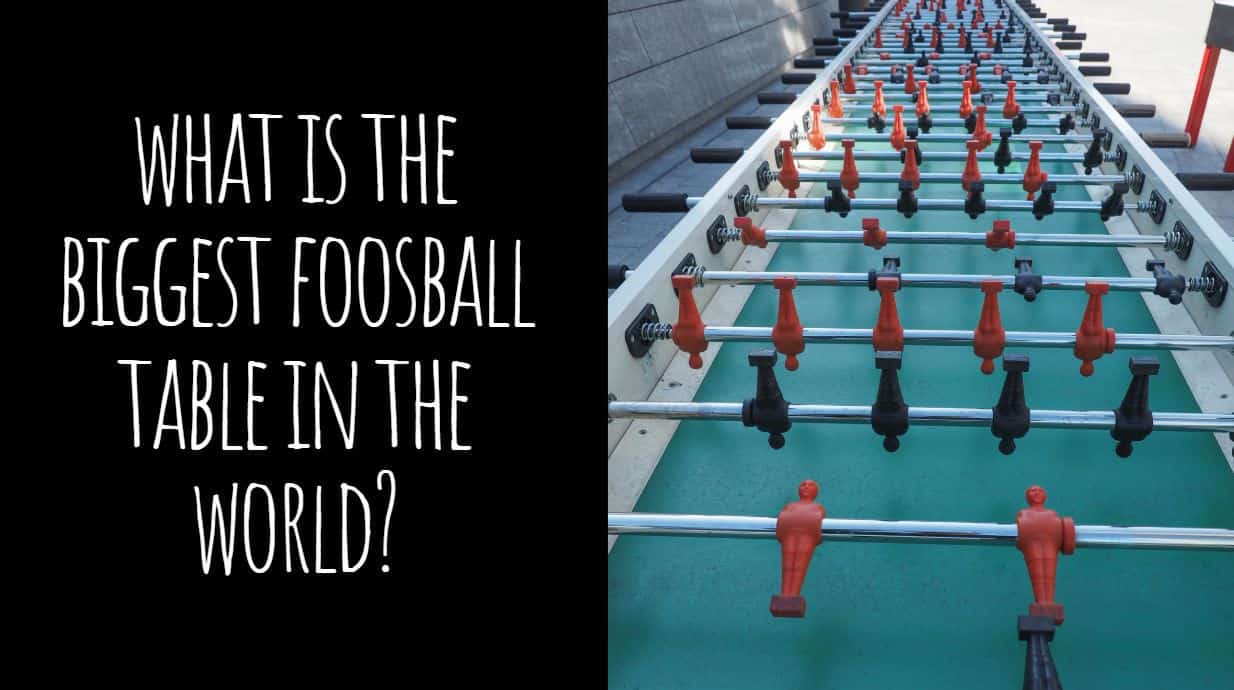 Imagine a foosball table for a moment.

In your mind’s eye, you’re probably picturing something that can be easily tucked into a corner. You might be envisioning something in a basement, game room, or maybe even out on a patio.

While this is generally true for foosball tables, some people have taken some creative liberties with the design. That includes the size.

We’ve done some searching and found the biggest foosball table in the world, as well as a few runners up. We’ll share what we’ve found.

The Biggest Foosball Table in the World (Currently)

According to the Guiness World Records site, the longest foosball table at this point in time is about 452 feet long. It can be found in Jiujiang, Jiangxi, China.

The reason it was created was to commemorate the opening ceremony of the foosball championship at the time. We couldn’t say for sure whether it’s still there today, but it continues to hold the world record for the largest foosball table ever made.

Attempts to build the world’s largest foosball table aren’t limited to China. In 2005, a huge foosball table measuring 36.09 by 19.69 feet was constructed in Berlin, Germany.

It was constructed to mark the FIFA World Cup held in Berlin in 2006. However, it appears that the humongous table is no longer there.

Prior to the previous world record holder mentioned above, there was another world champion in Italy. That foosball table measured at 398 feet long and was created by a man named Marco Berry Onlus in September of 2015.  It was made for a charitable cause: to raise money for a children’s hospital in Somalia.

Why Build Foosball Tables this Large?

So what’s the point of building foosball tables that measure up to hundreds of feet in length?

In our search, we found that there were a few reasons for building gigantic tables. Typically, these larger-than-life foosball tables are used to mark some kind of momentous event, like a championship.

Others are made for no reason other than to attempt to break the current world record.

Still other mythically large foosball tables are made to raise awareness for a cause, such as the one in Italy.

Regardless of the reason for building them, we think these foosball tables look like a load of fun. We can barely imagine getting hundreds of people together to play on them.

Foosball tables are so much more beyond the cloth-covered tables hidden in the corners of basements around the world. They can come in all kinds of interesting shapes and sizes, including giant sizes that span hundreds of feet.

What matters, in the end, is that some people have just as much fun making foosball tables as they do playing on them. You need only look at the tables in this article to see that that’s the case.