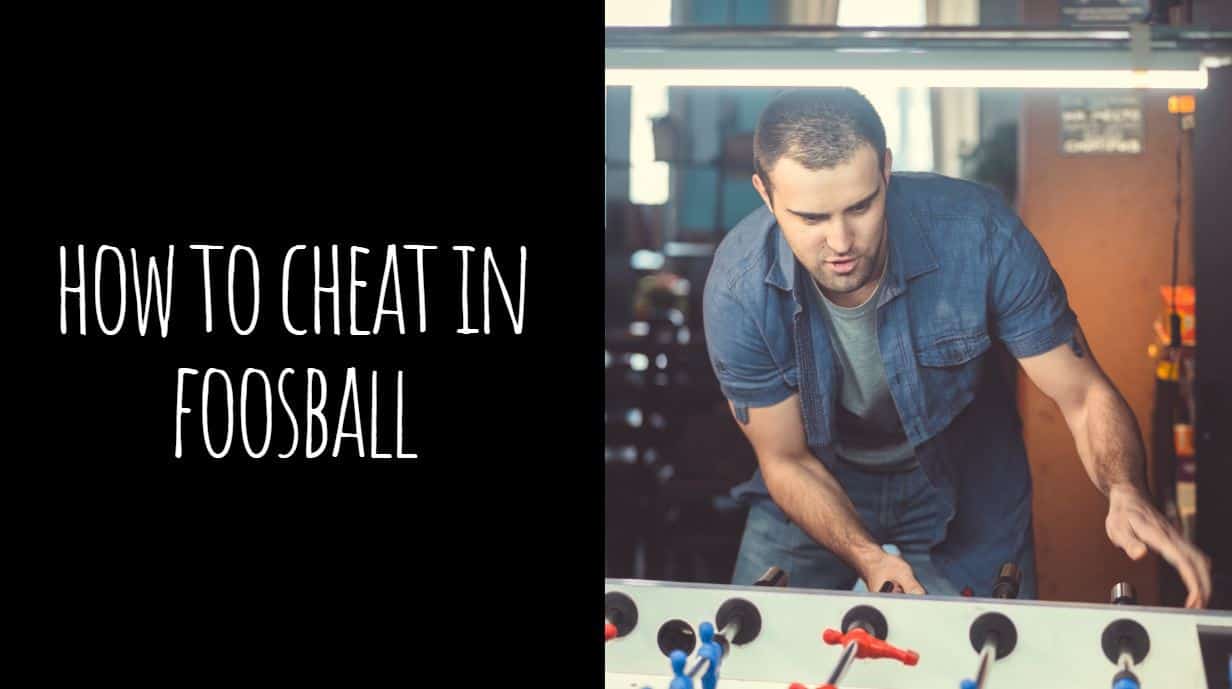 If you’re a competitive person, winning is important to you by nature. You get lost in the heat of competition, zeroing in on whatever game or activity you’re competing in.

Losing can feel like the end of the world for a short time. You sigh and tense up or immediately challenge your opponents to a rematch.

Foosball is the same. Players get pretty competitive, especially when they’re partaking in professional tournaments.

Because players desperately want to win, many wonder how to cheat in foosball, and if it can be done without being noticed.

How to Cheat in Foosball

The main method of cheating in foosball is spinning. Keep in mind that many people just play foosball casually, and in casual games, spinning might not be banned.

However, in formal games or those following the International Table Soccer Federation’s rules, spinning is forbidden.

If you don’t know what spinning is, we’ll briefly define it. Spinning refers to rotating the foos men more than 360 degrees prior to or after hitting the ball.

Spinning is banned for two main reasons: it doesn’t take any skill to do, and it’s distracting.

Foosball is a game that requires all parties to focus and strategize. Just spinning the rods repeatedly undermines the strategy of your opponents and takes the fun out of planning your moves.

Because it’s a strategic game, foosball also needs concentration. The foos men tumbling end over end as the rod is continuously spun can catch the eye and distract players.

Per the ITSF’s rules, moving the table during the game is also considered illegal because of the cheating possibility.

You could easily bump into or push the table to alter the course of the ball. Players who do this often shake the table to keep the other player from intercepting the ball or to change the trajectory of their opponent’s shots.

Like spinning, it can also be done to distract your opponent. If you’re focusing on the table, nothing is quite as focus-breaking as the table suddenly moving.

Grabbing the Ball/Touching the Playing Area

This should go without saying, but reaching into the playing area to control anything or grab the ball is cheating. It’s also incredibly obvious, so you couldn’t do this without someone noticing right away.

In official matches, players who do this are penalized. They can only reach into the playing area with the approval of the opposing team and referee.

Making Changes to the Table

If you’re playing with your own foosball table and you have the time, you could easily alter the table in advance. There are a few things you could do that would make it harder for opposing players.

For instance, adjusting the tilt of the table so it goes against your competitor will make it more difficult for them to score. However, this would be pretty noticeable, unless the tilt was subtle.

Putting something on the other player’s handles to make them slippery is another way to alter the table to your advantage. Again, though, the other player is likely to notice this when they can’t grip the handles at all.

Should You Cheat in Foosball? 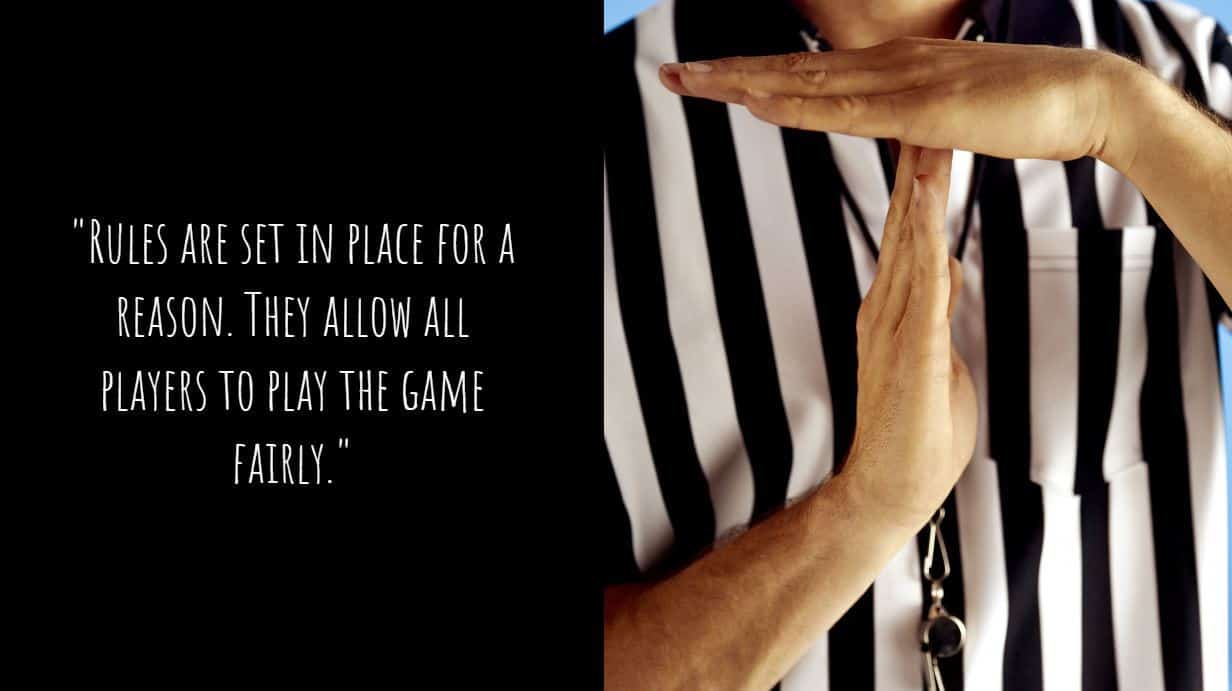 Rules are set in place for a reason. They allow all players to play the game fairly.

That being said, there are different circumstances, and in some of them, cheating might be more acceptable. As an example, cheating in a game against your friends could be a fun prank, if you only did it here and there.

Do it too often, though, and they’re not likely to want to keep playing with you.

In a tournament or when you’re playing against strangers, keep it clean and stick to the rules. Consider how you would feel if your opponents cheated in these situations.

Just because it’s possible to cheat in a game doesn’t mean you should. This same concept carries over to foosball, which has formal tournaments and serious players.

Generally speaking, games are the most fun when they are played fairly. If you gain a reputation as a cheater, you’ll find that no one wants to keep playing with you.

Besides, there’s nothing quite as satisfying as winning a strategic game like foosball with your hard-earned skill.